A prostitute is a person, "who allows her body to be used for lewd purposes in return for payment". Prostitution is the sale of sexual services, such as oral sex or sexual intercourse, for money. Prostitution the word itself speaks about the plight of a women .It is not a problem which exists in India but exists throughout the world. In the more important cities, and particularly the many ports, it employed a significant proportion of the population and represented one of the top levels of economic activity.
Causes of prostitution:
· Ill treatment by parents.
· Bad company.
· Family prostitutes.
· Social customs.
· inability to arrange marriage,
· Lack of sex education, media.
· Prior incest and rape.
· Early marriage and desertion.
· Lack of recreational facilities, ignorance, and acceptance of prostitution.
· Economic causes include poverty and economic distress.
· Psychological causes include desire for physical pleasure, greed, and dejection. 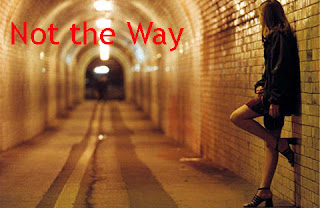 Yet to pass out of teenage years, young girls are being pushed by lifestyle demands into high-end prostitution
More young girls, many of them “English-speaking” and allegedly from reputed schools, colleges are joining the high end of prostitution to earn that extra buck. Much of it has to do with the demands of lifestyle.
“Student prostitution has increased in the last five to six years. Especially since the price of mobiles has gone down. It makes students more accessible,”

The prostitution leads to many health problems for the prostitutes like:
· Cervical cancer
· Traumatic brain injury
· HIV
· STD
· Psychological disorders
In a country like India where most of the people indulge themselves in unprotected sex with prostitutes it is very difficult to eradicate the problem of aids. Historically, the AIDS epidemic in India was first identified amongst sex workers and their clients, before other sections of society became affected. The sex workers are themselves taking steps to combat with aids in some brothels in India
Steps that should be taken in order to fight with prostitution:
# Formal education should be made available to those victims who are still within the school going age, while non-formal education should be made accessible to adults
# The Central and State Governments in partnership with non-governmental organizations should provide gender sensitive market driven vocational training to all those rescued victims who are not interested in education
# Rehabilitation and reintegration of rescued victims being a long-term Recruitment of adequate number of trained counsellors and social workers in institutions/homes run by the government independently or in collaboration with non-governmental organizations
# Awareness generation and legal literacy on economic rights, particularly for women and adolescent girls should be taken up.
# Adequate publicity, through print and electronic media including child lines and women help lines about the problem of those who have been forced into prostitution.
# Culturally sanctioned practices like the system of devadasis, jogins, bhavins, etc. which provides a pretext for prostitution should be addressed suitably. 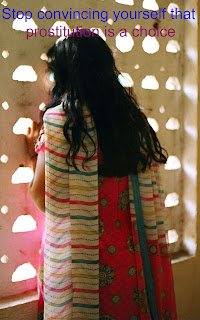 They say prostitution is a matter of choice, they say it’s not hard to say no, but tell that to the woman who was forced into it by her parents, tell that to the child who was abandoned and needed food to eat, tell that to the young girl that nobody loved and they’d ask you where did the matter of choice really come in? People should turn away from the blind notion that there are two types of prostitution, voluntary and involuntary.
Despite chauvinistic belief spurred by male ignorance, women do not want to be treated like objects, they do not wanted to be sold, used, controlled or degraded. What human being doesn’t want love, respect and dignity? Is it really possible to divorce oneself from their body and to feel nothing at all? The choice here is between running into a brick wall or equally hard place...
Yes, woman have a right to do what they want with their bodies, we live in a generation where male domination is almost diminished, so why would a woman want the privilege of being in control of their physical self, just to throw it away in the name of money?
There are woman within societies who convince themselves that prostitution is a matter of choice. They believe that they have made the decision to sell their bodies, maybe so they feel themselves to be in control of some aspect of their lives. It is their decision how to go about their lives, and we are no one to call them criminals. Legalizing prostitution might be something men might be overjoyed about, but for women, it is about being treated with respect, being given the benefits of a working class girl and not cast in the same category as a felon.
A lot of women are driven into prostitution by poverty; a lot of parents are to be blamed for poor parenting. If it were possible for a girl or woman to live a comfortable, secure life, be loved and independent, would she really turn to prostitution? Instead of chasing after women linked to the profession, the people in charge need to go after men who prowl the streets, looking for women to abuse and rape, they need to corner parents who lead their children into such situations, be it through child abuse or neglect. Pimps who force woman into prostitution by beating them and threatening them should be sentenced for life, instead of the innocent women led on by such men.

Prostitution is too ugly a world for a beautiful woman to want to be in, it is a daily series of force, beating, threats and abuse. No 14 year old girl decides to be a prostitute of her own will, they see no other option. She won’t walk on the roads and lay down a price for herself, she is coerced by others. She is promised security, stability, attention and maybe even love. She is a victim not a criminal.
Stop convincing yourself that prostitution is a choice. Prostitution for some is inevitable, Ignorance is a CHOICE. 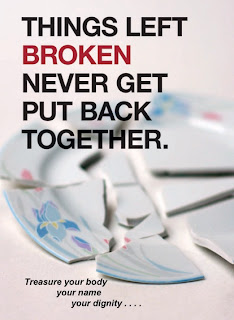 Write your thoughts and point of vie on various subjects, Write to us at info.kenfoundation@gmail.com
Join Hands if you wish to be part of our Team and share your Ideas for a Better society