Shame: India comes third in cyber-bullying
What is cyberbullying, exactly?

"Cyberbullying" is when a child, preteen or teen is tormented, threatened, harassed, humiliated, embarrassed or otherwise targeted by another child, preteen or teen using the Internet, interactive and digital technologies or mobile phones. It has to have a minor on both sides, or at least have been instigated by a minor against another minor. Once adults become involved, it is plain and simple cyber-harassment or cyberstalking. Adult cyber-harassment or cyberstalking is NEVER called cyberbullying.

It isn't when adult are trying to lure children into offline meetings, that is called sexual exploitation or luring by a sexual predator. But sometimes when a minor starts a cyberbullying campaign it involves sexual predators who are intrigued by the sexual harassment or even ads posted by the cyberbullying offering up the victim for sex.
The methods used are limited only by the child's imagination and access to technology. And the cyberbully one moment may become the victim the next. The kids often change roles, going from victim to bully and back again.
Children have killed each other and committed suicide after having been involved in a cyberbullying incident.
Cyberbullying is usually not a onetime communication, unless it involves a death threat or a credible threat of serious bodily harm. Kids usually know it when they see it, while parents may be more worried about the lewd language used by the kids than the hurtful effect of rude and embarrassing posts.
Cyberbullying may rise to the level of a misdemeanor cyberharassment charge, or if the child is young enough may result in the charge of juvenile delinquency. Most of the time the cyberbullying does not go that far, although parents often try and pursue criminal charges. It typically can result in a child losing their ISP or IM accounts as a terms of service violation. And in some cases, if hacking or password and identity theft is involved, can be a serious criminal matter under state and federal law.

When schools try and get involved by disciplining the student for cyberbullying actions that took place off-campus and outside of school hours, they are often sued for exceeding their authority and violating the student's free speech right. They also, often lose. Schools can be very effective brokers in working with the parents to stop and remedy cyberbullying situations. They can also educate the students on cyberethics and the law. If schools are creative, they can sometimes avoid the claim that their actions exceeded their legal authority for off-campus cyberbullying actions. We recommend that a provision is added to the school's acceptable use policy reserving the right to discipline the student for actions taken off-campus if they are intended to have an effect on a student or they adversely affect the safety and well-being of student while in school. This makes it a contractual, not a constitutional, issue.

A survey conducted by research firm Ipsos puts India on top when it comes to cyberbullying of adults. Also, according to a recent study by Microsoft Corporation, India ranks third overall, after China and Singapore, in cyberbullying of children. Cyberbullying includes motives and actions that seek to humiliate, threaten, control, insult or slander the victims. Most common cyberbullying cases include photoshopping the target’s face on nude bodies, spreading false rumours through anonymous or public profiles about someone, posting defamatory messages about or to someone, or using filmed footage of potential victims in provocative situations to blackmail them.
Parents, being less enlightened about modern technology than young adults, are often in the dark about the horrific experiences of their children. In many cases the children themselves do not tell their parents either under threat from the bully or out of fear of social stigma. Since children often take the pressure alone on their young shoulders, a feeling of depression and self-isolation sets in. In extreme cases it leads one to commit suicide.

Parents, being less enlightened about modern technology than young adults, are often in the dark about the horrific experiences of their children. 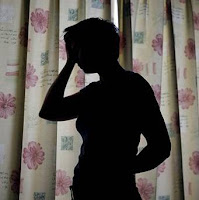 The biggest problem regarding cyberbullying is that the age group of the offenders ranges from as young as eight to the legal adult age of eighteen and beyond. In schools, children are bullied on the basis of their physical features, race, age or even their level of knowledge. Even if no actual long-lasting harm may be intended, the victims are often left permanently scarred in one way or the other. If adult cyber bullies are not brought to justice and bullying in itself is left unchecked, there is a very high risk of the problem evolving into something more harmful and, maybe, uncontrollable. 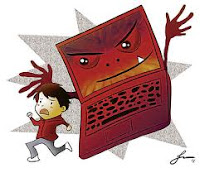 India, being one of the prominent IT hubs in the world, ought to have good enough laws effective immediately that curb cyber crime and punish its offenders. With rapid globalization, availability of cheap mobile phones and laptops, easy to use technology, and inexpensive network charges, India is a potential sitting duck for all forms of cyber crimes including bullying. In the meantime, people must try to become more aware of cyberbullying, its effects, and how to prevent and tackle it.