Say no to Drugs 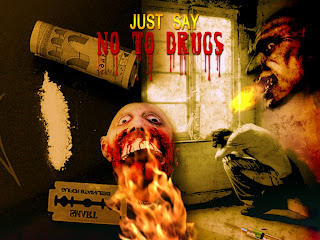 These days, drugs can be found everywhere, and it may seem like everyone's doing them. Lots of people are tempted by the excitement or escape that drugs seem to offer. 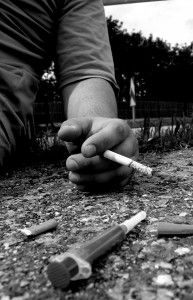 Drug addiction is a chronic, relapsing disease, characterized by compulsive drug seeking and use, and by neurochemical and molecular changes in the brain. Drug abusers gradually spend more and more time and energy obtaining and using the drug. Once they are addicted, the drug abusers' primary purpose in life becomes seeking and using drugs.
Drug addiction is becoming a major health problem in India with some estimates indicating that as many as 15 million people in India could become addicts by the end of 2004. Link between drug abuse and crime is well established but recently the association between drug addiction and HIV/AIDS has been a prime concern for health authorities in India. A significant recent shift in drug use patterns in India is the move from smoking to injecting drug use. Heroin, buprenorphine (tidigesic/tamgesic) and dextropropoxyphene (spasmo-proxyvan) are the most commonly injected drugs in India. In a study of Indian opioid addicts, researchers found 8.3% of injectible drug users were HIV-positive
The problem has now reached the higher echelons of society, along with the lower strata, and includes children, and students in urban areas. Daily wage earners/laborers, rag pickers, truck drivers, medical workers and youths are all equally susceptible to the menace of addiction. Heroin in urban areas and opium in rural areas have emerged as the two most commonly used drugs. Increasing trend of drug and alcohol, addiction in large cities, especially the metropolitan cities is alarming.

But learning the facts about drugs can help you see the risks of chasing this excitement or escape. Here's what you need to know.

The Deal on Substances
Thanks to medical and drug research, there are thousands of drugs that help people. Antibiotics and vaccines have revolutionized the treatment of infections. Medicines can lower blood, treat diabetes, and reduce the body's rejection of new organs. Medicines can cure, slow, or prevent disease, helping us to lead healthier and happier lives. But there are also lots of illegal, harmful drugs that people take to help them feel good or have a good time.
How do drugs work? Drugs are chemicals or substances that change the way our bodies work. When you put them into your body (often by swallowing, inhaling, or injecting them), drugs find their way into your bloodstream and are transported to parts of your body, such as your brain. In the brain, drugs may intensify or dull your senses, alter your sense of alertness, and sometimes decrease physical pain.

A drug may be helpful or harmful. The effects of drugs can vary depending upon the kind of drug taken, how much is taken, how often it is used, how quickly it gets to the brain, and what other drugs, food, or substances are taken at the same time. Effects can also vary based on the differences in body size, shape, and chemistry.

Although substances can feel good at first, they can ultimately do a lot of harm to the body and brain. Drinking alcohol, smoking tobacco, taking illegal drugs, and sniffing glue can all cause serious damage to the human body. Some drugs severely impair a person's ability to make healthy choices and decisions. Teens who drink, for example, are more likely to get involved in dangerous situations.

Health problems arising due to drug/alcohol addiction depend on the type of drug that is being abused and duration of abuse. Here we will take examples of alcohol, Heroin and Amphetamine:


1) Alcohol abuse can result in psychological dependence, liver disease, (hepatitis, cirrhosis), chronic pancreatitis, gastritis and gastric ulceration, cardiovascular problems (e.g. hypertension) and neurological problems. A strong association exists between alcohol use and cancers of the esophagus, pharynx, and mouth, whereas a more controversial association links alcohol with liver, breast, and colorectal cancers. A person is generally considered to be dependent on alcohol when they have experienced three or more of the following symptoms during a year:
·         a strong urge to drink,
·         difficulty controlling drinking,
·         physical withdrawal symptoms, such as sweating, shaking, agitation and nausea when they try to reduce drinking,
·         a growing tolerance to alcohol (needing larger quantities to get the same effect),
·         gradual neglect of other activities
·         Persistent drinking even though it is obviously causing harm.

2) Heroin can cause – Addiction, depressed respiration, clouded mental functioning, death due to overdose, nausea and vomiting, spontaneous abortion in pregnant woman. Intravenous use can cause Infectious diseases (e.g., HIV/AIDS and hepatitis B and C), collapsed veins, bacterial infections, arthritis and other rheumatologic problems. 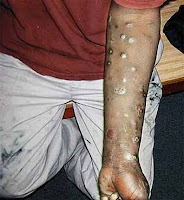 3) Long-term heavy use of amphetamines may lead to malnutrition, skin disorders, ulcers and diseases resulting from vitamin deficiencies. Regular use may contribute to lack of sleep and weight loss. Intravenous users are at risk for serious, life-threatening diseases such as AIDS, lung and heart disease and other cardiovascular diseases. Frequent use of large amounts of amphetamines may eventually result in mental illness, suicide and violent death. Amphetamine-induced psychosis is a paranoid state that may develop after ingestion or the injection of large doses of amphetamines.

Besides these physical and health problems drug addiction is a major social
problem with increase incidence of crime in drug/alcohol addicts. Drug addiction
causes immense financial and psychological problems for the addict and his/her family.

So what can be done to counter this menace?


·          Improvement in the existing laws is needed to plug the loopholes that would help in decreasing drug pedaling.
·          Better implementation of the law by enforcement agencies.
·          Active judiciary that would quickly dispose drug offence related cases and aggressively punish the guilty.
·          Better rehabilitation programs for the addicts and easy access to rehabilitation centers. At present only a limited number of rehabilitation center and rehabilitation programs are available for drug/alcohol addicts in India.
·          Increase the public awareness regarding the hazards of drug/alcohol addiction by using mass media like television, newspapers, magazines, radio etc. e.g. You can learn a lot about heroin abuse and recovery by reading up on the subject in books, magazines, and on the Internet.
·          Public figures and icons should aggressively participate the anti drug campaign.
·          Social, psychological and economic support to the family of the addicts.

A concerted effort by the government, judiciary, social organization and responsible members of society is needed to control this menace. 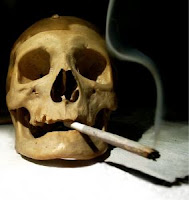 Write your thoughts: We are still working on designing and developing this Blog but we would like all visiting our Blog to give with your thought and point of vie on various subjects, Write to us at
info.kenfoundation@gmail.com