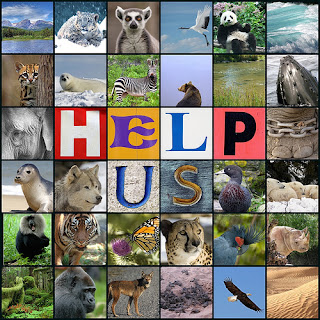 Endangered species in India include large varieties of rare species of flora and fauna. Indian wildlife that comprises numerous species of birds, animals, mammals etc, is well famous for being one of the richest in the world. The Indian wildlife also contains several endangered species that are living critically on the verge of extinction. An endangered species is defined as a population of an organism that is at the danger of becoming extinct because of several reasons. Either they are few in number or are threatened by the varying environmental or predation parameters. The endangered species in India have been identified by different national and international organisations like the World Wildlife Fund (WWF), International Union for Conservation of Nature and Natural Resources (IUCN) and the Wildlife Institute of India (WII). As per the official records, in India, there are over 130000 endangered animal species.
However, some claim that the number is actually much more.

The increasing destruction of the natural habitat such as the biosphere reserves and tropical forests has posed a threat to the natural endangered treasure. Mainly four reasons have been identified behind the extinction of endangered species in India. These are loss of a species as a biological entity; destabilisation of an ecosystem; endangerment of other species; and loss of irreplaceable genetic material and associated bio-chemicals. When one species goes extinct, population increases or declines often result in secondary species. There is a possibility for an unstable spiral to arise, until other species are lost and the ecosystem structure is changed markedly and irreversibly. The endangered species in India have been divided into four main categories - Critically Endangered (CR), Endangered (EN), Vulnerable (VU) and Threatened. This classification was done by the International Union for Conservation of Nature and Natural Resources (IUCN) and Wildlife Institute of India (WII), in the year 2004. The population of the endangered species has been decreasing every passing minute.

The number of endangered species in India accounts for around 8.86 percent of the world`s mammals. The mammals are extended over 186 genera, 45 families and 13 orders out of which around 89 species are listed as threatened in the IUCN Red List of Threatened Animals (IUCN 2006). This also includes two species that are already locally extinct from India and the species are Acinonyx jubatus and Rhinoceros sondaicus. The mammals are actually the class of vertebrate animals and they are mainly characterised by the presence of mammary glands; the presence of hair or fur; specialised teeth; the presence of a neocortex region in the brain; and endothermic or `warm-blooded` bodies. The mammals include nearly 5,500 species in the world. However, this varies with the classification scheme. 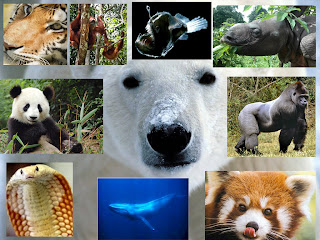 
Write your thoughts: We are still working on designing and developing this Blog but we would like all visiting our Blog to give with your thought and point of vie on various subjects, Write to us at

info.kenfoundation@gmail.com
Join Hands if you wish to be part of our Team and share your Ideas for a Better society